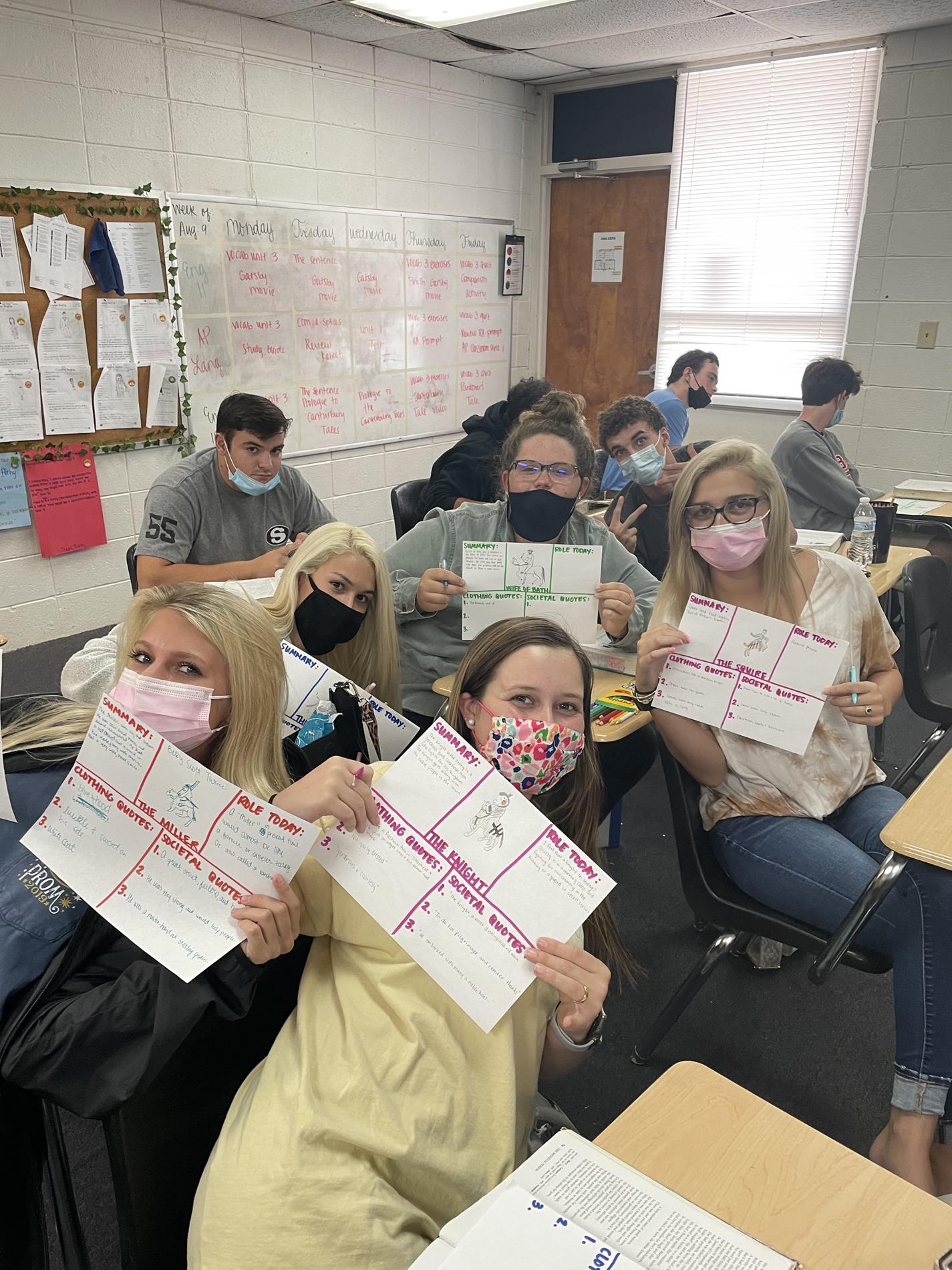 The seniors of Mrs. Hall's English class recently read and analyzed Geoffrey Chaucer's Prologue to The Canterbury Tales. This early British text brings together several various characters from different occupations and social classes on a pilgrimage. After reviewing the different pilgrims, each student got to make a profile for a character including a picture, description, quotes about the character's appearance and role in society, and what similar role the character would play in society today.