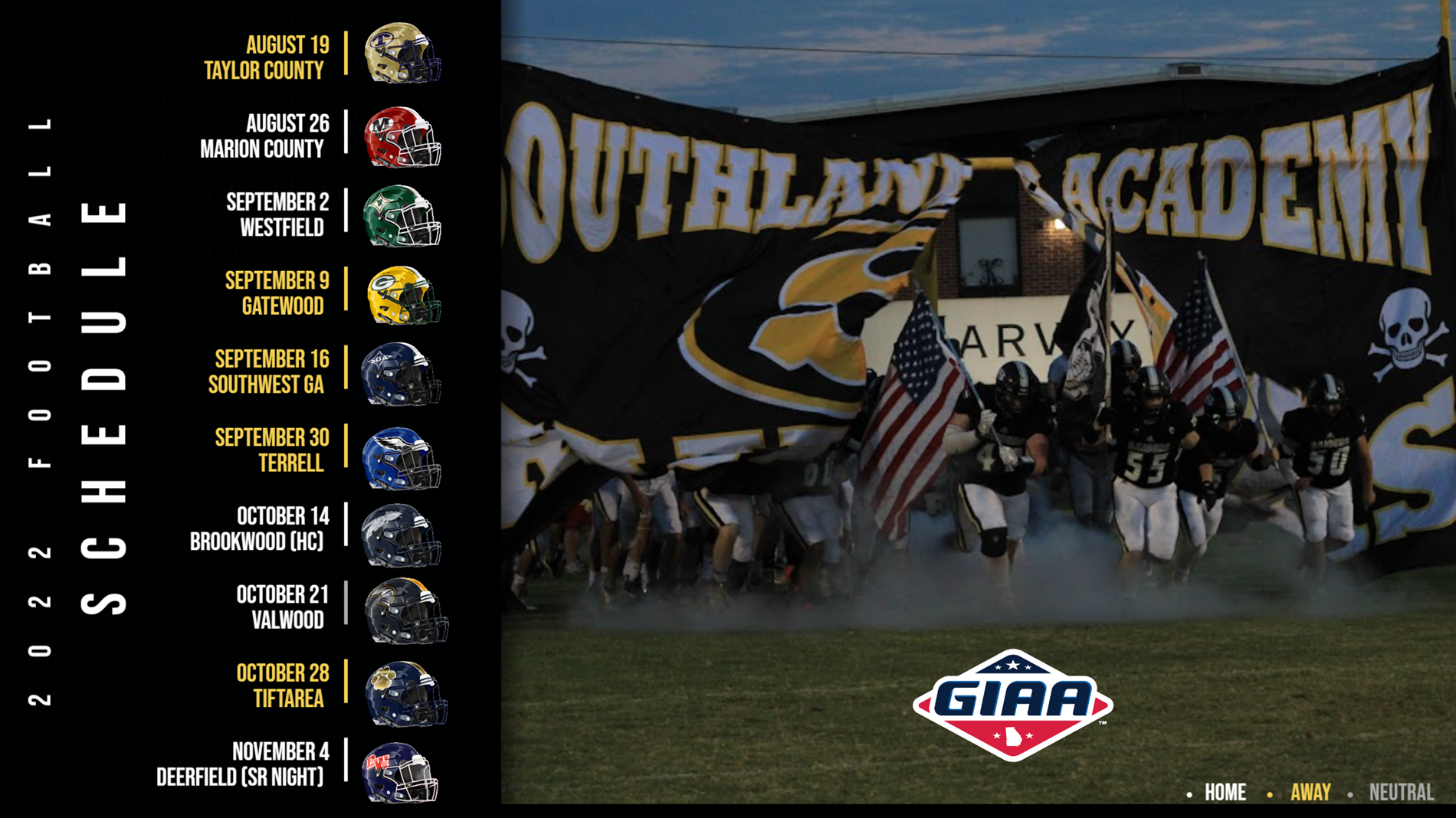 Southland Academy has released its 2022 varsity football schedule. This year will be a season of change for those who follow the Raiders closely.  This will be the inaugural season for the GIAA (Georgia Independent Athletic Association), the new interscholastic branch of the GISA.  Southland will be a member of AAA District 3 along with Brookwood, Deerfield-Windsor, Terrell, Tiftarea, and Valwood.  The GIAA welcomes back DWS from the GHSA single A Private league and sees Terrell move up from AA to AAA after reclassification.  The Raiders will open the season with two GHSA opponents when they travel to Butler to take on the Taylor County Vikings and then host the Marion County Eagles.  The very familiar Westfield Hornets will travel to Harvey Simpson Stadium for the third game of the season.  The Raiders will then hit the road for games in Eatonton against the Gatewood Gators and Damascus against the SGA Warriors.  A welcomed open week will follow before the teams opens district play in Dawson against the Terrell Eagles.  Another open week after Terrell will help prepare the Raiders for the final stretch with four consecutive district games to close the regular season- Homecoming against Brookwood, followed by a home game against Valwood, a trip to Chula against Tiftarea, and finishing at home for Senior Night against the Knights of Deerfield-Windsor.